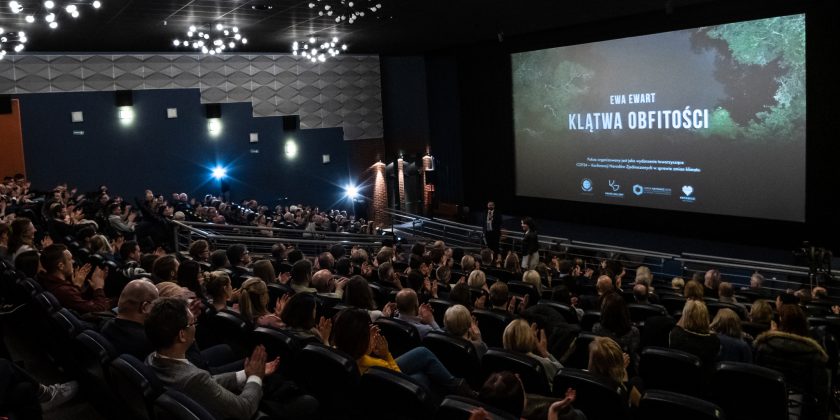 The film had its premiere during the 24th United Nations Climate Change Conference in Katowice, Poland, in December 2018.

The screening of “The Curse of Abundance” to such a broad international audience was a significant event. The film tells the story of an unsuccessful yet unique initiative to save one of the most biodiverse places on Earth, the Yasuni National Park, situated in the Ecuadorian Amazon, by putting a moratorium on its oil reserves extraction.

Global Compact Network Poland became a supportive partner of the film and organized a high- level discussion after the screening, stressing the fact that the film provided a timely and essential voice into a current urgent debate about the dangers of the global climate emergency. Especially in the context of many scientists now claiming 1/3 of the world’s oil reserves must be kept below ground or else it will be impossible to reach the Paris Agreement climate goals.

Deputy Minister of Energy in Poland and Government Plenipotentiary for the COP24 Presidency, Michał Kurtyka, who was one of the guests on the panel, stressed the need to radically reconsider, on a global level, the way we manage Earth resources and our model of economy, currently based on the extraction of fossil fuels and other non renewable sources of energy. Such a model does not provide any protection for the planet.

The threat to the fragile ecosystem, on which the very existence of our civiliaztion depends, is genuine and grows exponentially.